A Race to the Classics Epsom Derby

A Race to the Classics Epsom Derby

Epsom Derby is the most popular flat horse race in the world, and Britain’s most prestigious. So it’s only right that you arrive at the venue aboard a chauffeur driven car. It’s one of the best ways to make an entrance. After all, a Mercedes-Benz, Bentley, Rolls-Royce Phantom, Stretch Hummer Limousine or a Lamborghini Murciélago is a show stealer. Whether you are from Lutterworth, Rothley, Market Bosworth, Melton Mowbray, Loughborough and Hinckley, an executive chauffeur service will never fail you. But is Epsom Derby really worth the effort?

In the horse racing world, there are five British Classics, and the Epsom Derby, also called The Derby and Derby Stakes, is the most prestigious. It is also the event that made the term Derby synonymous to great sports events. The other four of the five Classics are 2,000 Guineas Stakes, 1,000 Guineas Stakes, Epsom Oaks and the St. Leger Stakes. The Derby is a Group 1 flat horse race that is open to thoroughbred colts and fillies that are three years old. It is held annually in June at the Epsom Downs Racecourse over 1 mile, 10 yards and 4 furlongs.

The Epsom Derby was named after the 12th Earl of Derby who hosted a celebration that was held after the first running of the Oaks Stakes in 1779. During the World Wars, it was held at Newmarket instead of Epsom.

Similar to the Royal Ascot, Epsom Derby also has their version of Ladies’ Day, where women show up in their best outfits, with the hope of winning the title of Best Dressed Lady. Racegoers looking fashionable and dapper gather for a classic day’s racing in Epsom. But the real highlight is the high style stake flat races sponsored by the international specialist banking and asset management group Investec. The Derby Stakes used to be under the sponsorship of Ever Ready from 1984 to 1994, and Vodafone From 1995 to 2008. 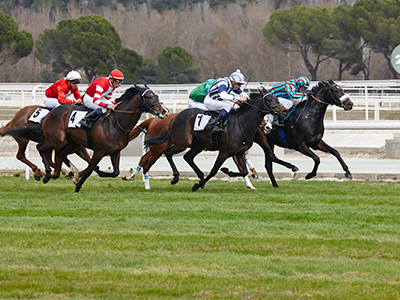 In the UK racing scene, Investec Derby has one of the biggest prize money. This year, the winning pot is at £1.325m. But for most of the participants, it is the prestige that comes with a victory that matters more. Who doesn’t want to get the bragging rights to be in the same level as the legendary equine athletes in horse racing? These include Galileo, Mill Reef, Nijinsky, Sea Bird, Shergar, and last year’s champion Golden Horn. To get the best trackside view of the race, especially the Tattenham Corner, get a ticket for the Upper Tattenham Enclosure. In this enclosure, you can bring your own food and drink.

As one of the biggest horse racing events in the UK, expect some difficulty finding a good parking spot at the venue, because of a huge influx of crowd from different areas or even countries. So spare yourself the trouble by hiring an executive chauffeur service. It’s what you need to avoid traffic as well, what with chauffeurs knowledgeable about the quickest and less-congested routes, if there are any, of course.

To book your Sporting Events Chauffeur or if you have any enquiries, please get in touch by completing the contact form or by phone or email.